Dying Succulents – How to Revive & Save Your Plant

Succulents continue to be a number one choice among busy homeowners and hobbyists because it’s neglect-resistant. For one, ground cover succulents are fire-resistant. On the other hand, low-light succulents require less sunshine. All of these prove that they’re lowkey plants that don’t need expert and meticulous care.

It doesn’t matter if you don’t have enough time to tend to them; they’ll survive and thrive. However, it doesn’t mean that you can leave them high and dry when they’re neglect-resistant. At the very least, you also need to water them sparingly, give them enough sunlight, and place them in appropriately-sized pots. You can’t complain about these minimal requirements because you’re attempting to raise plants, after all. That intention presupposes you can give them their basic needs.

Why Are Succulents Dying

What happens when you refuse to give your plants their essential needs? If you’re raising sensitive plants, expect them to die when they lack any of their survival essentials. On the other hand, if you’re growing succulents, you’re lucky to be given a shot at redemption. They may not die right away, but you’ll see red flags telling you they need some extreme tender loving care.

Signs Your Succulent is Dying

When people talk about succulents, what usually comes to mind is that these plants are like cacti that will thrive in the desert under harsh environmental conditions. They also think because these plants are low maintenance, they can just be put anywhere – out in the cold, under direct sunlight, or in a dark, cold room. Though these plants are one of the most low-key plants globally, they also need love and care.

Love and care for these plants don’t mean giving them more than what they need. Instead, it’s more like understanding their nature and giving them precisely what they need – no more, no less. It also means giving it to them when they need it. Say, for example, as soon as you take home your new succulent from the store or nursery, replant them in your new pot so that their roots will grow comfortably. They need this type of care because the roots are sensitive. If left in their original container, the roots won’t have enough legroom to grow and expand.

Unfortunately, it’s hard to know right away if you’re giving your succulents what they exactly need. Most of the time, you will only find out that they lack essentials if they manifest some of these signs.

Firstly, note that it’s normal to see leaves drying out as it’s a natural part of a plant’s life cycle. The same principle applies to succulents. When you see its leaves drying, it doesn’t always mean that they’re dying.

As your succulent grows, new leaves branch out, leaving the old ones to die naturally. However, if you see plenty of dead and dried leaves from the bottom of your succulent plant, this could be an indication that it’s not receiving the right amount of water. As it loses its water storage, the succulent’s bottom leaves are the first to dry out. And to conserve energy and water for survival, you’ll also see more and more dried leaves dropping. 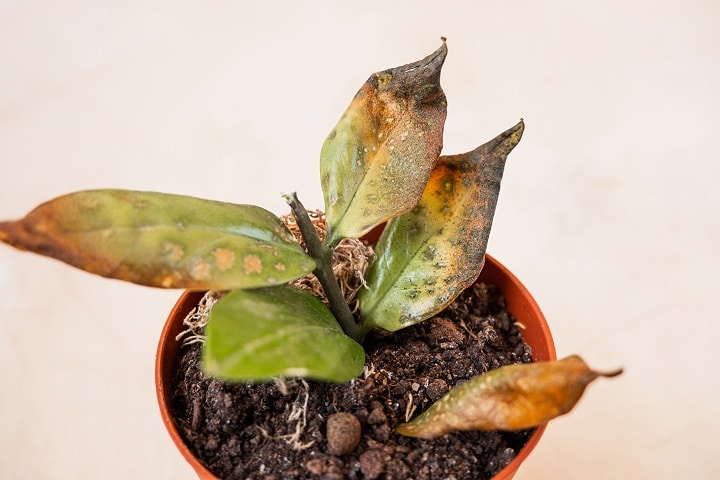 When indoor and outdoor succulents don’t receive enough light, their natural reaction is to stretch out and be leggy. This is what you call etiolation. Even if you grow your succulent outdoors, but you place it under the shade of taller plants, they will still stretch. Why? Simply because they’re not getting the light they need. If you grow them indoors, you might have difficulty figuring whether the light coming from the bedroom window is as strong as the light coming outside. As a rule, succulents should be exposed to sunlight at least four to six hours a day for them to thrive.

Leaves That Shrivel and Fall Off

This is an effect your plant suffers if it gets too much water. The roots quickly rot, making the plant’s leaves fall off. If you fail to remedy this problem right away, your plant will eventually die. If you see the leaves falling off irregularly, soggy, or mushy, that’s an indication that you need to temper in watering them. You only need to water them when you see their soil completely dry. Ideally, you should only water your plants once every week.

When your succulents don’t get the volume of light they need, they will behave strangely. This means they might discolor. They might change into pale green, yellow, purple, or bright pink from being deep green. Sometimes, you’ll also see them revert to their plain green color. This suggests that they badly needed light.

When you see your succulents grow darker in color, that means you’re overwatering them. If they turn black, you can expect that their roots might have grown rotten from being submerged in excessive water. Aside from the imminent change in color, you’ll also find out that the leaves are mushy and extra soft to touch. Besides having excessive water, another reason why succulent leaves darken is that maybe you used the wrong potting mix.

Succulents Are Brown and Mushy

As mentioned above, when you feel that the succulent leaves and stem are turning mushy and brown, it is probably because they have been overwatered. The excessive water causes the leaves to swell until they finally fall off. And as they fall off, you see its stem looking puffy, mushy, and wet. 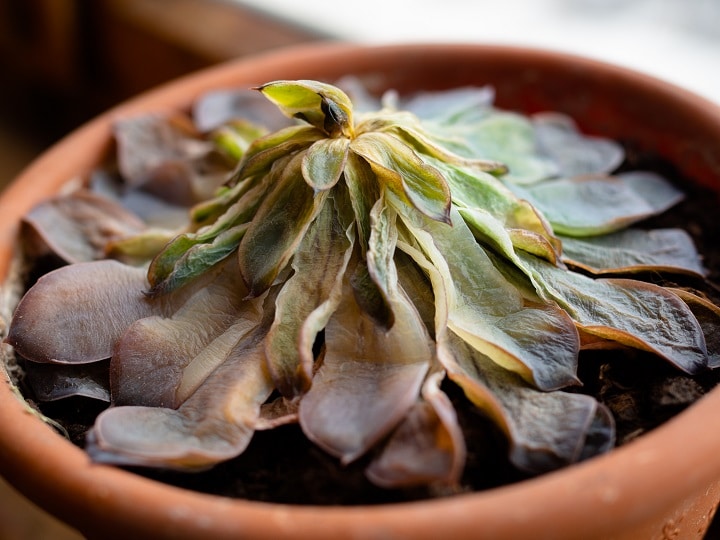 Pests on Your Succulent

Most problems with succulents and cacti include houseplants that cause fungal or bacterial diseases due to overwatering. However, succulents also get infested by occasional pests like root mealybugs and mealy bugs. Other pests infesting succulents are fungus gnats and spider mites. You might have a hard time controlling these pests as they’re small, and they also hide in places where they’re impossible to see. It’s futile to use insecticides against them since they have a hard and cottony cover that protects them and also because they’ve developed a form of immunity against these insecticides.

Factors That Cause Succulent Dying

As mentioned above, though your succulents are resistant to neglect, they are sensitive to things like overwatering, underwatering, low lighting, overexposure to sunlight, and extreme temperature. If you fail to save them at their tipping point, they might suddenly die. Here are the things you should often check to keep your plants from prematurely dying.

By now, you already know that succulents are extra sensitive to water.

If you frequently water them, their roots will rot, causing them to be infested with pests. They could also die from this simple mistake. However, if you underwater them, they might not get the proper nutrients, leaving the soil dry and its roots stunted.

Experts suggest watering succulents sparingly. However, it’s hard to know when your succulents are getting too much or too little water. In this case, you need to identify the needs of the specific succulent you’re growing. After which, know how frequently they should be watered. Once you identified its watering frequency, diligently follow it.

There are plenty of repercussions when you overwater your succulents. One of them is letting the roots rot or get infested with mealybugs. When the root rots, your succulent could die. The side effects will even double if you use a pot and potting mix that doesn’t have great draining capacities. So, you need to find the right balance between keeping your succulent wet enough to absorb nutrients from the soil and roots but dry enough to keep pests and rotting at bay. 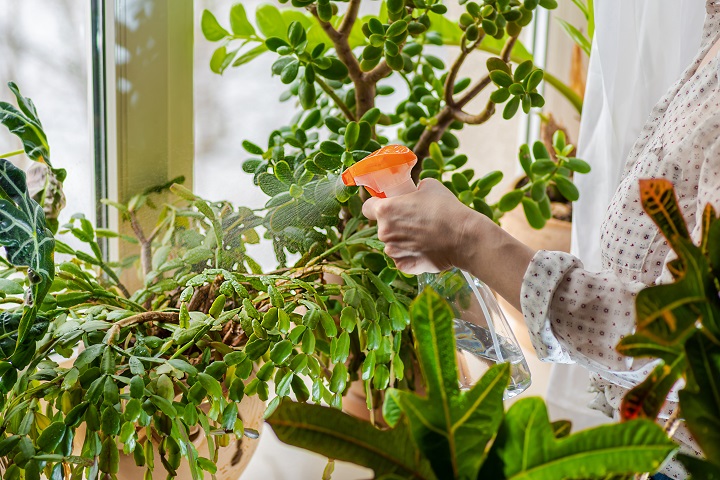 There are succulent varieties that thrive under the scorching heat of the sun. Others love it under the shade or in cold environments. If your succulents get exposed to direct sunlight beyond their limits, the first thing you’ll notice are discolored patches on their leaves. And depending on how severe the overexposure was, you’ll see patches in black, brown, or tan. Aloe vera helps with sunburns and has other health benefits — you can use them to cure your succulents.

If you discover that your succulent’s frostbite already reached its stem, there’s no way of saving them. All you could do is remove or cut the affected part, clean it, and let it sit for two days before watering them.

How to Save a Dying Succulent

Before you can remedy the problem, you need to know what caused it first. What are the signs manifested by your succulents? Are the leaves falling? Is it infested with pests? Or are they leggy than usual? If the leaves are falling, that probably means you’re underwatering your succulent. If there are pests, it could be that you overwatered your succulent that its roots have gone rotten. And if it’s etiolating, that might suggest that you’re not giving your plant enough sunlight.

Step 2 – Keep your plants away from the sun

While this move seems counterintuitive, it makes total sense. The ratio here is to keep the plant from being more stressed out. It’s already suffering, and exposing it to direct sunlight can worsen the stress they’re feeling. Most of these plants need bright yet indirect sunlight, so it’s a no-no to overexpose them.

Carefully remove your plant from the soil. Make sure to get rid of the excess dirt that got stuck in between the roots. Put your plant on a filter or mesh and allow them to dry naturally for two to three days. As soon as you see the roots completely dry, you can now move them back to their pots.

One of the main reasons why your succulents are dying is it’s being overwatered. So, it makes sense to remove them from its old pot and change the potting mix as these two might cause stagnant, non-draining water. Make sure that you replace them with a terracotta pot and a potting mix with excellent draining capacity. You can also experiment by mixing your own soil. After all, making your own succulent soil is budget-friendly.

You already know that your succulent watering habits might be the reason why your succulent almost died. So, now that you’re aware, it makes perfect sense to avoid those habits this time. If you’re unsure, follow the standard – water them once every week or when you feel that its soil is too dry.

Do’s and Don’ts With Dying Succulent

Can a succulent come back to life?

Though problems involving succulents sound serious, you can still do something to revive them. Follow the step-by-step guide we provided above to save your dying succulents.

As mentioned above, here are the signs that your succulents are dying:

What causes succulents to die?

The most notorious cause of succulent deaths is overwatering. You see, they’re oversensitive to water as it will quickly rot its roots. When the roots rot, you’ll see pests infesting its leaves. Aside from that, you’ll also see the plant’s color turn translucent and its body wilted. Eventually, they’ll die if left unattended.

When you take a succulent plant in, also remember to mind their needs and survival. They may require less care and maintenance than other plants, but it doesn’t mean that they’ll survive on their own in the absence of air, light, water, and nutrients. As their owner, you must look after them and ensure that the basics are covered. You must also ensure that they’ll overcome whatever threats they will meet and go through. These are just minor investments you give them in return for the joy they give to you. 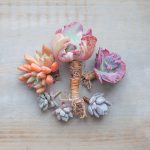 Rare Succulents – Where Can You Find This Unique Flowers 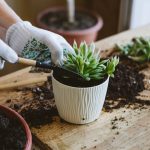 How to Grow Succulents From Seeds – All You Need to Know 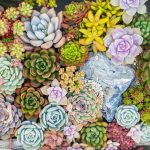 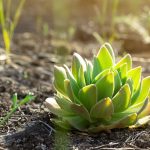 Do Succulents Need Sun & How to Avoid Their Overburn 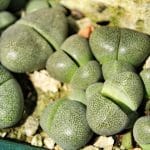 Split Rock Succulents – Plant With the Most Incredible Bloom 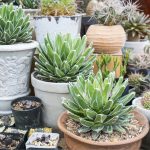 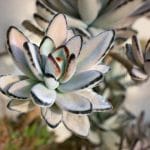